SpaceX has released a new YouTube video showing up-close, slow-motion views of recent Falcon 9 rocket launches and landings at Cape Canaveral, and it’s something you want to see.

The views were recorded by high-speed cameras at Cape Canaveral and edited into a video accompanied by music. The imagery sequence begins with zoomed-in views of a Falcon 9 rocket’s nine Merlin engines firing just before liftoff, followed by a tight shot of the rocket climbing away from Cape Canaveral’s Complex 40 launch pad.

The video then cuts to a close-up of the 21-story Falcon 9 soaring through clouds during a launch with a Dragon space station cargo craft July 18. Later in the video, the Falcon 9’s first stage engines are seen spewing rocket exhaust in a distinctive eight-node pattern caused by the launcher’s “octaweb” booster engine arrangement.

A tracking camera then captured the dramatic collision of the Falcon 9’s first stage and second stage engine plumes high in the stratosphere as the booster started its descent back to Florida. Three of the first stage’s nine Merlin engines ignited to boost the rocket back toward Cape Canaveral, as the single powerplant on the Falcon 9 second stage fired to continue pushing into orbit.

The powerful engines produced huge, expansive exhaust plumes in the rarefied atmosphere more than 250,000 feet — about 80 kilometers — over the Atlantic Ocean, putting on a never-before-seen naked-eye sky show for onlookers on Florida’s Space Coast.

SpaceX’s video ends with views of the Falcon 9 booster stage’s supersonic re-entry burn, followed by a spectacular look at the first stage’s center engine during its last-minute landing burn to brake for touchdown.

The company says imagery featured on the YouTube video came from three recent missions. These are the missions in the order in which the video clips appear: 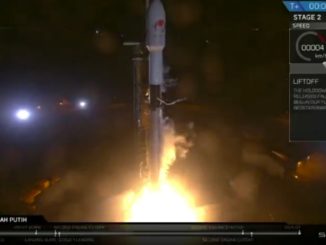 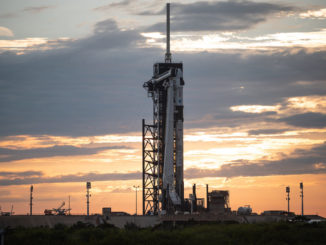 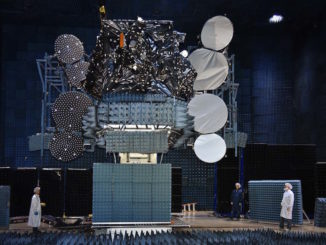