The U.S. Air Force on Monday certified the latest version of SpaceX’s Falcon 9 rocket, featuring higher-thrust engines, enlarged fuel tanks and a super-chilled propellant mixture, for launches of the military’s most valuable satellites.

The military’s formal sign-off on the upgraded Falcon 9 clears up any question that the modified launcher is eligible to compete for national security launch contracts.

The Air Force certified the Falcon 9 v1.1 rocket for national security space missions in May 2015, but SpaceX flew the last rocket of that configuration Jan. 17 with the launch of the U.S.-European Jason 3 oceanography satellite from Vandenberg Air Force Base in California.

All future Falcon 9 launches will take off in the latest iteration of the booster, which debuted Dec. 21 with the launch of 11 Orbcomm message relay satellites from Cape Canaveral.

The rocket’s nine Merlin 1D first stage engines collectively generate 1.5 million pounds of thrust, up from 1.3 million force-pounds produced by the engines on the Falcon 9 v1.1.

A single Merlin engine on the upper stage has a maximum 210,000 pounds of thrust in vacuum. The second stage also features a lengthened Merlin engine nozzle and extended propellant tanks. The interstage connecting the Falcon 9’s first and second stages is also changed to accommodate the new Merlin vacuum nozzle, which has a center pusher to aid stage separation

The colder storage temperatures allow the launch team to load more propellant into the rocket, essentially packing the fluid’s molecules closer together to free up room for additional fuel.

The changes allow the Falcon 9 to haul 30 percent more mass into orbit, according to SpaceX.

The Air Force said Monday that Greaves approved the Falcon 9 upgrades under his authority to grant certification and updates based on SpaceX’s “demonstrated capability to design, produce, qualify and deliver their launch system.”

“The certification process provides a path for launch service providers to demonstrate the capability to design, produce, qualify, and deliver a new launch system and provide the mission assurance support required to deliver NSS (national security space) satellites to orbit,” Greaves said in a statement. “This gives the Air Force confidence that the national security satellites will safely achieve the intended orbits with full mission capability.”

SpaceX and the Air Force settled the suit in early 2015. The Falcon 9 won certification in May, and the Air Force late last year held its first national security launch competition in nearly a decade — since the merger of Lockheed Martin and Boeing’s rocket divisions to form ULA.

ULA declined to bid in the procurement to launch a future GPS navigation satellite in 2018, citing restrictions imposed by Congress limiting its ability to use Russian rocket engines for military missions with the Atlas 5 rocket.

ULA’s no-bid effectively handed the launch contract to SpaceX, but lawmakers lifted the Russian engine ban in December, giving the Atlas 5 footing in future head-to-head competitions with the Falcon 9. 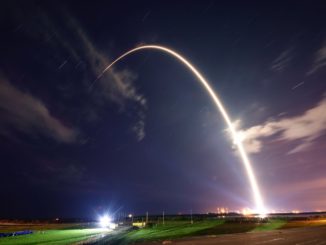 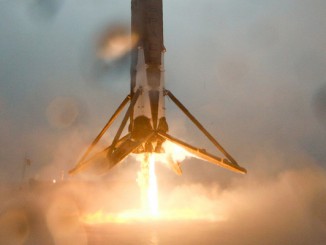