Checkouts of the spacecraft — expected to last several months — are getting underway high above the Pacific Ocean testing location before the bird will be declared ready for service over the Atlantic Ocean.

The craft will be capable of covering nearly a third of the planet to provide mobile communications to U.S. warfighters on the move.

From there, the Lockheed Martin-built satellite performed a series of 7 engine firings to circularize the orbit and reduce its orbital tilt closer to the equator. The burns, which ranged from 19 to 47 minutes in length, put the spacecraft into the proper geosynchronous orbit 22,300 miles up.

After the orbit was reached, the following 36 hours saw the spacecraft achieve its “flight configuration” by executing critical deployments of the power-generating solar wings that now stretch 94 feet tip-to-tip and two gold mesh, umbrella-like antenna reflectors.

The antennas provide the same type of Ulta High Frequency communications like previous Navy spacecraft and the other offers modernized capabilities that the new MUOS system will create.

“This MUOS 3 launch is another major milestone to achieving the next generation of global tactical satellite communications capability for the Department of Defense,” said Navy Capt. Joe Kan, MUOS program manager. “It’s very visible evidence of the tremendous talent and dedication of our integrated joint service, government and contractor team.”

Coverage to legacy users will transmit through a 17.7-foot-diameter reflector on the bottom of the craft and the advanced, multi-beam features of MUOS to significantly increase the transmission capacity over the Navy’s previous satellites will use a large 46-foot reflector atop MUOS.

What’s more, MUOS also creates a new “rugged smartphone” network to provide 3G-like cellular telephone and data services across the globe when the constellation is fully launched in the next couple of years.

Now begins several months of satellite system and payload testing before builder Lockheed Martin hands over the MUOS 3 craft to the government for additional checks in advance of setting it operational.

“The MUOS operational capability will assure users, particularly those carrying radios in the field or while dismounted on patrol, secure on-demand voice and data communication services, both in point-to-point mode and through networked communications,” said Vice Adm. Jan Tighe, commander of the U.S. Tenth Fleet.

“This 24-7 on-demand satellite communication is the lifeblood U.S. forces to conduct operations around the world.   Our teammates across the DoD can rest assured that we are operating MUOS as a warfighting platform, delivering capability when and where it is needed.   Indeed the first of our five strategic goals at U.S. Fleet Cyber Command is to operate the Navy network – which includes Space assets – as a warfighting platform.”

MUOS No. 4 is set for launch in August aboard another Atlas 5. 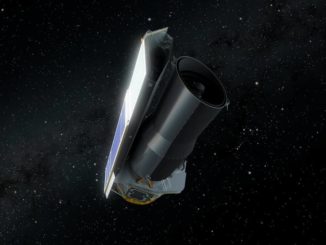 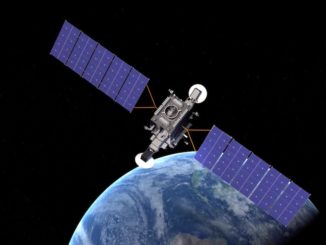