A Soyuz rocket is scheduled for launch Friday with Russia’s Resurs P2 satellite, a civilian-operated spacecraft with a sharp-eyed camera to collect high-resolution imagery for Russian government authorities and international agencies.

The Soyuz 2-1b launcher is set for liftoff from the Baikonur Cosmodrome in Kazakhstan at 1855 GMT (1:55 p.m. EST). The three-stage rocket will head north from its launch pad in Central Asia, shedding four liquid-fueled boosters, a clamshell-like payload fairing, and a core engine during a nine-minute flight into orbit.

The rocket’s RD-0124 third stage engine, burning a mixture of liquid oxygen and kerosene, will deploy the Resurs P2 spacecraft into an initial elliptical orbit. The spacecraft’s own propulsion system will later place the satellite into a circular 295-mile-high orbit at an inclination of 97.2 degrees.

Resurs P2 will take black-and-white imagery with a top resolution of 1 meter, or about 3.3 feet. The satellite’s multispectral, or color, images will resolve objects on the ground as small as 2 or 3 meters — about 7 to 10 feet.

The satellite will join the Resurs P1 Earth observation spacecraft launched in June 2013.

The Resurs system’s users include the Russian government’s ministries responsible for agriculture, the environment, emergency situations, fisheries, meteorology and cartography, according to information posted on the website of TsSKB Progress.

Resurs satellite data could also be shared with international environmental agencies and other governments collaborating with Russia.

Russian rocket technicians transferred the Soyuz 2-1b booster with Resurs P2 to the Site 31 launch facility at the Baikonur Cosmodrome on Dec. 24.

Friday’s launch will come less than two days after another Soyuz rocket blasted off from the Plesetsk Cosmodrome in northern Russia with a military spy satellite.

The video and photos below — provided by Roscosmos — show the Soyuz rocket’s rollout on rail tracks. 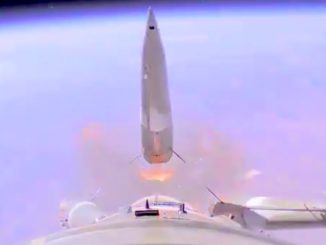 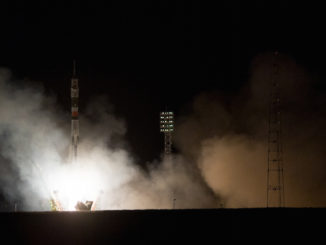 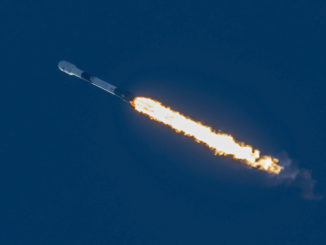