Updated after the scrub of Monday’s launch attempt.

Skywatchers along the U.S. East Coast have a chance of getting a unique light show from Tuesday evening’s launch of an Antares rocket from Virginia’s Eastern Shore.

The 14-story rocket is set for liftoff at 6:22 p.m. EDT (2222 GMT) from launch pad 0A at the Mid-Atlantic Regional Spaceport, a launch complex owned by the state of Virginia at NASA’s Wallops Flight Facility.

The rocket will arc southeast from the Eastern Shore, soaring to an orbit nearly 200 miles above Earth lifting nearly 5,000 pounds of cargo in pursuit of the International Space Station.

Monday’s flight will blast off about 15 minutes after sunset, marking the Antares rocket’s first launch at night. The booster’s four previous missions lifted off in daylight.

With clear skies forecast over much of the East Coast on Tuesday evening, spectators from the Carolinas to southern New England — and inland to West Virginia and Central Pennsylvania — could see the rocket rise into space if they find an area clear of obstructions like buildings and trees.

“Due to the weather forecast and the fact that the launch is going to be one of our first nighttime launches of the Antares rocket here, you’ll be able to see the rocket pretty much up and down the entire Eastern seaboard from about Connecticut to South Carolina,” said Sarah Daugherty, a test director at NASA’s Wallops Flight Facility.

Officials expect the rocket could be illuminated by the sun once it reaches the upper atmosphere a few minutes after liftoff. When it does catch sunlight, the rocket’s exhaust plume could be lit like a bright white cloud visible from hundreds of miles around.

For onlookers close to the rocket’s launch site, expect to hear the thunder-like sound from the booster’s two kerosene-fueled AJ26 engines. Those hoping to catch a glimpse from more than few dozen miles away should see the rocket as a bright orange dot rising in the sky.

Night launches from Virginia have dazzled spectators before. In viewing range from East Coast metropolitan areas like New York City and Washington, D.C. — places where rocket launches are rarely observed — Monday’s liftoff could have a special show in store.

A nighttime blastoff of a solid-fueled Minotaur 5 rocket in September 2013 was visible across the Mid-Atlantic region, helping photographers produce spectacular photos from hundreds of miles away.

Tuesday’s launch is the third flight in an eight-mission batch of resupply runs to the International Space Station conducted by Orbital Sciences Corp.

The spaceport in Virginia has hosted thousands of launches of smaller suborbital sounding rockets, but the Antares rocket set for liftoff Tuesday is the most powerful launcher to ever fly from Wallops Island.

It features an upgraded second stage offering extra power on the rocket’s trip into space, making it capable of lifting more cargo. 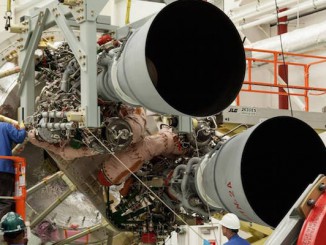 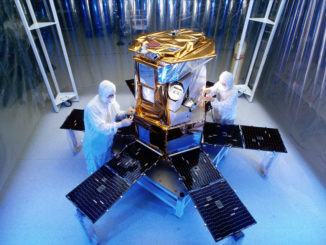 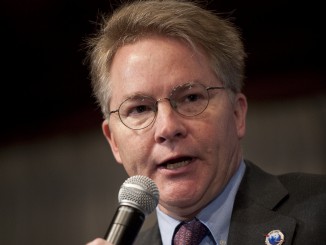 Orbital Sciences hopes to quickly find cause of rocket failure