TORONTO – Orbital Sciences Corp. plans to select a long-term propulsion supplier for the Antares rocket used to launch cargo to the International Space Station in the next few weeks, in time to include a potentially redesigned launcher in a bid for a follow-on NASA resupply contract, a company official said this week.

The Antares rocket’s first stage is currently powered by two kerosene-fueled Aerojet Rocketdyne AJ26 engines, but the engines were made in Russia more than 40 years ago and out of production.

NASA has asked for bids from prospective cargo haulers for a follow-on Commercial Resupply Services, or CRS 2, contract to pick up from the expiration of existing deals with Orbital Sciences and SpaceX.

The request for proposals released Sept. 25 calls for companies to submit bids to NASA by Nov. 14. The space agency expects to select winners in May, with each company getting a commitment for at least six missions.

The contracts will run from about 2018 through 2020, with options to continue the cargo resupply deals through 2024.

NASA has not said how many providers it intends to select for the CRS 2 program, but officials have consistently emphasized the importance of competition and redundancy between multiple transportation companies.

NASA’s incumbent commercial cargo suppliers — Orbital and SpaceX — are expected to compete for CRS 2 contracts. Sierra Nevada Corp. says it will bid for a cargo contract with its Dream Chaser lifting body vehicle, which lost a NASA competition to build a human-rated version of the space plane for astronauts.

Industry officials also expect Boeing to be in the mix for a resupply contract with the CST-100 capsule, one of the vehicles selected by NASA to ferry crews to the space station.

NASA is in the final stages of finalizing contract extensions — with an expected duration of about one year — with Orbital and SpaceX to cover additional resupply missions with the Cygnus and Dragon spacecraft after their existing deals expire at the end of 2016.

The extensions will bridge the gap between the first CRS contracts and the follow-on CRS 2 program, which is a full and open competition.

Orbital has a $1.9 billion contract covering eight flights to loft 20,000 kilograms, or about 44,000 pounds, of food, experiments and provisions to the space station. SpaceX is on the hook to deliver the same amount of cargo in 12 flights under its $1.6 billion deal, but its Dragon cargo craft carries up unpressurized hardware and returns research specimens to Earth.

Frank Culbertson, executive vice president and general manager of Orbital’s advanced programs group, said officials will decide on a future engine for the Antares rocket before bidding for a CRS 2 contract.

Proposals are due in six weeks.

“We’ll make sure we have a decision on that before we submit the proposal (for CRS 2),” Culbertson said Tuesday at the 65th International Astronautical Congress.

Orbital has not disclosed what propulsion options it is considering, but Aerojet Rocketdyne officials have said production of NK-33 engines in Russia could be restarted if Orbital or other users place orders for more units.

“The engines we use are owned by Aerojet, and they provide them to us on a subcontract basis,” Culbertson said. “They have a large number in the states and they are modifying them — Americanizing them — and turning them into AJ26s. We have plenty for this first phase of the contract and could go beyond that.”

Aerojet purchased 43 NK-33 engines from Russia’s Kuznetsov Design Bureau in the 1990s to integrate on U.S. rockets. The first American launch contractor to commit to using the engines was Orbital Sciences, which bought 20 engines for 10 flights, consisting of two test launches and the eight cargo deliveries to the space station.

Aerojet Rocketdyne converted the 20 NK-33 engines into the AJ26 configuration by adding U.S. electronics, qualifying the engines for U.S. propellants, putting in equipment to permit the engines to gimbal for steering, and adding electromechanical valve actuators, according to officials familiar with the engine’s modernization.

Culbertson said Orbital Sciences and Aerojet Rocketdyne plan to resume AJ26 ground testing at NASA’s Stennis Space Center in Mississippi in October after repairing damage to a test stand from an engine failure during a ground firing in May.

“We have come up with probably two potential root causes, both of which we can screen for, and we will start testing there in October getting ready for the Orb-4 mission (scheduled for April),” Culbertson said. “Stennis has done a great job repairing the test stand and getting it ready for us. It’s got fresh white paint on it. We’ve had to replace a number of components, but everybody worked very hard to turn that around so we can get back around to acceptance testing very soon.”

Culbertson did not say what may have caused the test failure.

The company has also expressed interest in purchasing Russian-made RD-180 or RD-181 engines. The RD-180 engine is in production at NPO Energomash based in Khimki, Russia, and is used on the United Launch Alliance Atlas 5 rocket.

Another possibility for the next-generation Antares launcher’s first stage is a large solid-fueled motor produced by ATK, which already an Antares supplier for the rocket’s second stage.

Orbital Sciences and ATK announced plans to merge this spring, but the transaction is pending final regulatory approvals.

“We’re looking at alternatives for a block upgrade to the rocket to lift more cargo to the station,” Culbertson said, without identifying options still under consideration by Orbital officials. “So we’ve got a competition going on between several companies that provide increasing capabilities for lift.”

Whichever first stage Orbital picks, officials have said the launcher will be able to haul as much or more material into orbit than the existing Antares booster.

A boost in the Antares launcher’s lift capability could also help Orbital compete for satellite launch contracts. The company is eyeing joining the market to launch U.S. military payloads.

“We’re looking forward to the next phase — which we have an RFP out now — and we are looking to expand our capabilities going into the remaining life of the station through 2024,” Culbertson said.

A report released in September by NASA’s Office of Inspector General raised concerns that crew and cargo transportation costs for the space station could rise in coming years.

But Culbertson, a former space shuttle and space station commander, said he expects a reduction in marginal costs for cargo transportation.

“The price per kilogram has steadily gone down with both providers, and the capability for lift is steadily going up, and that’s going to continue to be the trend, I believe,” Culbertson said.

The requirements for the follow-on CRS 2 cargo transportation contracts call for more supplies to be delivered to the space station than required under NASA’s current resupply contracts with Orbital and SpaceX.

In the request for proposals, NASA also identified minimum requirements for disposal cargo and capabilities to return equipment to Earth intact. 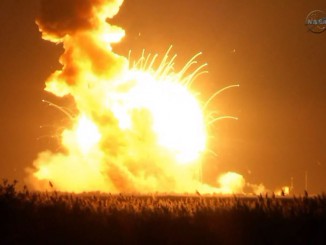 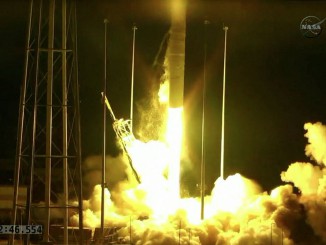 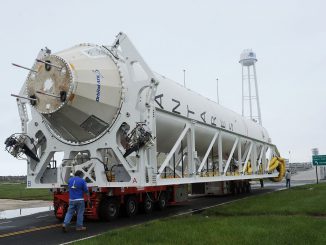 Upgraded Antares rolls out to launch pad for tests