Mission controllers plan to unlock the blades on NASA’s Ingenuity helicopter and spin them up to more than 2,000 rpm for a test later this week, a bit of “calisthenics”  before the rotorcraft’s first flight in the atmosphere of Mars as soon as this weekend, the helicopter’s operations lead said Monday.

NASA’s Perseverance rover deposited the rotorcraft onto the Martian surface Saturday. Since then, the helicopter has started charging its lithium-ion batteries using solar power and the craft appears healthy after surviving surviving the first frigid nights alone on Mars.

The helicopter had been attached to the belly of the Perseverance rover since last April, before the missions launch in July. The Ingenuity helicopter drew power from the rover’s nuclear battery for its survival heaters until ground teams at NASA’s Jet Propulsion Laboratory on Saturday sent commands to disconnect the final bolt and electrical cables linking the rotorcraft with Perseverance.

The 4-pound (1.8-kilogram) helicopter’s four carbon-composite legs dropped the final few inches to the surface of Mars, and the Perseverance rover drove about 16 feet (5 meters) to allow sunlight to bathe the rotorcraft’s solar panel and begin charging its batteries.

Canham said Monday that ground teams at JPL were “dancing and cheering” when they got confirmation that the helicopter was alive on the surface of Mars.

The $80 million helicopter is a technology demonstration. It aims to become the first airborne vehicle to achieve a powered flight in the atmosphere of another planet. But the helicopter’s diminutive stature — driven largely by size and mass requirements needed to fit on the belly of the rover and still be able to fly in Mars’s thin atmosphere — presented challenges to designers trying to ensure it could withstand the extreme temperatures on the Red Planet.

The temperatures at Jezero Crater, where Perseverance landed Feb. 18, can dip as low as minus 130 degrees Fahrenheit (minus 90 degrees Celsius).

“Ping! Right on time, it started talking on the radio,” Canham said in a webinar on the Ingenuity mission hosted by JPL. “We’ve got that very awesome milestone behind us. Now, we’re really looking forward to that first flight because that’s that next-level challenge.”

“This is the first time that Ingenuity has been on its own on the surface of Mars,” said MiMi Aung, Ingenuity project manager at JPL. “But we now have confirmation that we have the right insulation, the right heaters, and enough energy in its battery to survive the cold night, which is a big win for the team. We’re excited to continue to prepare Ingenuity for its first flight test.”

Engineers are monitoring Ingenuity’s energy and thermal condition over the helicopter’s first few days on the surface. NASA says the data will help teams fine-tune the helicopter’s thermal control system to help it survive cold Martian nights throughout a series of up to five test flights that could stretch into early May.

The helicopter’s rotor blades, which span 3.9 feet (1.2 meters) tip-to-tip, have been locked since Ingenuity was still on Earth. Ground teams at JPL will command the helicopter to unlock the blades Wednesday.

Engineers will also check out the motors that drive the rotors and test the helicopter’s autonomous navigation system, which will use an inertial measurement unit to determine its orientation, a camera to determine its location, and an advanced processor that can receive inputs and adjust Ingenuity’s flight trajectory 500 times per second.

There will be a “wiggle” test of the blades and a spin-up of the rotors while the helicopter remains on the ground. Canham likened those tests to “helicopter calisthenics.”

In the meantime, Perseverance will head for an observation location at least 200 feet, or 60 meters, away from Ingenuity’s flight zone, which itself is about the length of a football field. The flight zone includes an airfield, a 33-by-33-foot (10-by-10-meter) area where the helicopter will take off and land. Engineers selected the airfield site for its flat topography free of large rocks.

“As the rover drives to the observation post, we need to make sure that it can still communicate with the helicopter,” Canham said.

Ingenuity’s first flight is targeted for no earlier than the evening of April 11, with data confirming the outcome of the hop expected back on Earth the next day

“If we can go up and hover and be stable and come back and land safely, then that will be a major moment of triumph for the helicopter team,” Canham said.

NASA has set aside one month for the Ingenuity helicopter’s demonstration flights, and that clock started when Perseverance released the rotorcraft onto the surface of Mars. The airborne drone will attempt to fly in an atmosphere just 1% the thickness of Earth’s. To do that, the helicopter’s rotors will spin five-to-ten times faster than a typical helicopter flying in Earth’s atmosphere.

Ingenuity does not carry any scientific instruments. It has black-and-white and color cameras to assist in autonomous navigation and gather aerial imagery of the Perseverance rover’s landing site at Jezero Crater, which harbored a lake of liquid water more than 3 billion years ago.

The helicopter will be operating on its own on each of its flights. The one-way travel time for radio signals between Earth and Mars is currently more than 14 minutes.

While the cameras on-board Ingenuity will take pictures during each flight, a zoomable camera on the Perseverance rover will attempt to snap photos and video of the helicopter as it takes off and lands.

NASA engineers may also attempt to use the rover’s directional microphone to record audio during the flights. But sound waves do not travel as well through Mars’s thin atmosphere, and it’s not clear whether the microphone will detect any sounds from helicopter’s fast-spinning rotors, said Farah Alibay, who oversees the Perseverance rover’s activities associated with the Ingenuity flight tests. 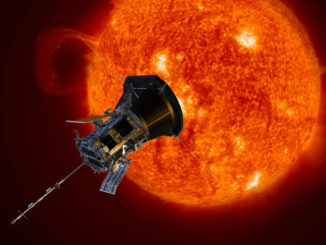 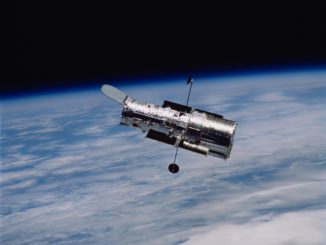 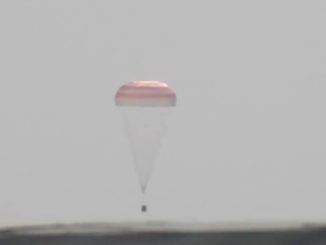