Five days after taking off on a heavy-lift Long March 5 rocket, China’s Chang’e 5 sample return spacecraft entered orbit around the moon Saturday, moving into position for a descent to the lunar surface in a bid to gather specimens and bring them back to Earth.

The Chang’e 5 spacecraft fired its main engine at 1258 GMT (7:58 a.m. EST) for a 17-minute burn to maneuver into an elliptical eight-hour orbit around the moon, according to the China National Space Administration.

The spacecraft was set to perform additional burns over the weekend to reach a circular 120-mile-high (200-kilometer) orbit around the moon, setting the stage for separation of the mission’s landing module for an automated descent to the lunar surface.

Chinese officials have not disclosed when the Chang’e 5 lander will touch down on the moon, but the landing could happen as soon as Sunday.

Chang’e 5 is attempting to return the first samples from the moon in 44 years. If successful, China would become the third country after the United States and the former Soviet Union to gather rocks from the moon’s surface and bring them back to Earth.

The mission’s lander will target a touchdown near Mons Rümker, a volcanic formation that extends more than 4,000 feet — or about 1,300 meters — above the surrounding lava plains.

Chang’e 5’s landing site is located in the Oceanus Procellarum, or Ocean of Storms, region in the northern hemisphere of the near side of the moon. After landing, Chang’e 5’s surface mission will occur during a two-week window of daylight at the landing site, allowing solar energy to power the spacecraft.

Chang’e 5 will extract up to 4.4 pounds, or 2 kilograms, of material from a depth of up to 6.6 feet, or 2 meters, below the surface. Then the specimens will launch back into lunar orbit aboard a small rocket, rendezvous with a return craft, and head for Earth.

Clive Neal, a lunar scientist at the University of Notre Dame, said China has proven it can land on the moon with previous missions. 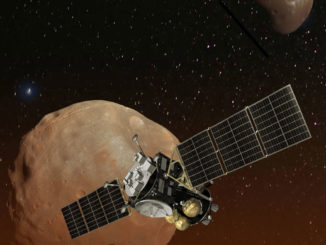 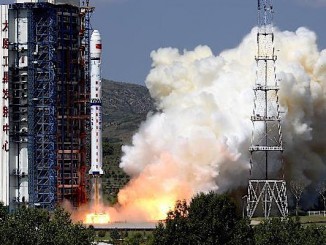 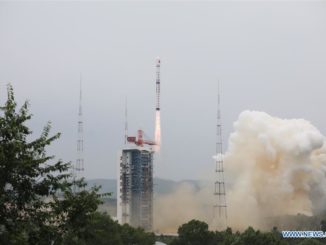