Clad in pressurized spacesuits, Russian cosmonauts Oleg Kononenko and Sergey Prokopyev used knives and scissors Tuesday to slice through insulation and a debris shield on a Soyuz spaceship set to return to Earth next week, finally reaching the capsule’s metallic hull to examine the site of an air leak plugged in August.

Wearing Russian Orlan spacesuits, Kononenko and Prokopyev opened the hatch to the Pirs airlock at 10:59 a.m. EST (1559 GMT) to officially begin the unusual excursion, the 213th spacewalk since 1998 in support of space station assembly and maintenance.

Using a pair of swinging Strela booms, the cosmonauts headed from the Pirs airlock, across the Zarya stowage module, to the Rassvet docking module, then to the Soyuz MS-09 spacecraft docked there. The duo finally reached the Soyuz more than three hours into the spacewalk to begin cutting into multi-layer insulation and debris shielding to inspect the ship’s metallic hull, where Prokopyev and station commander Alexander Gerst plugged a 2-millimeter (0.08-inch) hole that caused a minor air leak in August.

Mounted in a foot restraint at the end of a telescoping Strela crane, Kononenko struggled to gain leverage as he tried to use scissors to pierce insulation on the Soyuz habitation module, the uppermost of three sections that make up the spacecraft.

Kononenko switched to a knife and vigorously cut into the insulation, opening a briefcase-sized section of the thermal cover and sending scraps of fabric floating away into space. Live video of the spacewalk, including views from the cosmonauts’ helmet cameras, showed up-close views as the duo first cut into the thermal blankets, then sliced into shielding designed to protect the ship from micrometeoroid and orbital debris impacts.

Tuesday’s work — and the prior air leak — occurred on the Soyuz habitation module, not the landing compartment that will carry Prokopyev, Gerst and NASA astronaut Serena Auñón-Chancellor back to Earth next week.

The habitation compartment will be jettisoned when the Soyuz MS-09 spacecraft heads for Earth, targeting landing on the steppe of Kazakhstan at 12:03 a.m. EST (0503 GMT; 11:03 a.m. Kazakhstan time) on Dec. 20. Prokopyev, Gerst and Auñón-Chancellor will ride inside the Soyuz descent module, covered in a heat shield to withstand the scorching temperatures of re-entry into the atmosphere.

The unusual scene of two cosmonauts cutting into their spacecraft, coupled with the use of sharp tools, made for breathtaking video broadcast live on NASA TV.

“Honestly, I can’t look at that … It’s my vehicle, Oleg!” Prokopyev said as Kononenko cut into the thermal insulation.

Kononenko cut a prescribed briefcase-sized portion of thermal insulation near Russian space agency and Soyuz logos on the craft’s habitation module, sometimes using force to open up the blankets, which are not designed to be serviced in space.

“Oleg, be careful. Don’t be so harsh on that,” a ground controller radioed to the crew from Russia’s mission control center near Moscow.

Kononenko finally got through the thermal insulation, then used a tool resembling garden shears to cut through the debris shield and pry it away from the Soyuz hull, in search of the tiny hole repaired with gauze and epoxy sealant.

“Don’t forget about the sharp edges, that is our main concern. Just be careful,” Russian mission control again told the crew, according to a Russian translator.

Around 4:15 p.m. EST (2115 GMT), more than five hours into the spacewalk and with a bit of help from Russian mission control, the spacewalkers finally located the hole.

Kononenko and Prokopyev used forceps to collect a sample of the epoxy extruding through the hole, which Russian investigators believe was made using a drill. The cosmonauts also gathered samples around the hole.

Watch live as cosmonauts cut into a Soyuz spacecraft to examine a repaired air leak ahead of the crew capsule’s return to Earth next week: https://t.co/LVvNC1ziU7 pic.twitter.com/miaDsEdFO0

The specimens will be returned to the ground aboard the Soyuz next week for analysis by experts, but at first glance, there appeared to be no signs that would help officials determine when and how the hole was created.

“I believe that we have plenty of material here for the test,” one of the spacewalkers said. “I don’t see any traces that can help us determine anything.”

The cosmonauts took detailed photos of the hole and the repair job before Russian ground controllers told the spacewalkers to begin heading back to the airlock.

Russian officials instructed the cosmonauts not to place a thermal blanket — as originally intended — over the area where they cut into the Soyuz insulation. Kononenko and Prokopyev secured the work site, along with the two Strela booms they used to move around the station, then entered the Pirs airlock and closed the hatch at 6:44 p.m. EST (2344 GMT), marking the official conclusion of the spacewalk, which lasted 7 hours, 45 minutes.

The station’s air pressure stabilized after Prokopyev and Gerst plugged the hole with gauze and epoxy sealant. Ground controllers repressurized the station’s atmosphere back to normal levels, and have detected no unexpected pressure changes since the hole repair.

The Soyuz habitation module is designed to burn up during re-entry, after the Soyuz spacecraft fires its engines for a de-orbit braking burn to aim for landing in Kazakhstan. Unlike the descent module, where the crew is seated during launch and landing, the habitation section does not carry a heat shield.

Pyrotechnic separation mechanisms are programmed to fire just after the Soyuz completes its re-entry maneuver, separating the spacecraft’s forward habitation section, middle descent module and rear service module. Only the descent section is designed to survive the hot temperatures of re-entry back into Earth’s atmosphere.

If necessary, the habitation module can be sealed off once the crew boards the Soyuz spacecraft for their homecoming planned next week, eliminating any effect on the crew members in the landing module should the leak recur.

Sam Scimemi, space station program director at NASA Headquarters, told an agency advisory committee Dec. 6 that the the Russian-led investigation into the cause of the hole — and the air leak — remains ongoing.

Roscosmos chief Dmitry Rogozin suggested in early September that the hold could have either been drilled accidentally, or in a “deliberate” act on Earth or in space. Drew Feustel, commander of the space station at the time, flatly denied the crew was involved in drilling the hole.

“I can unequivocally say that the crew had nothing to do with this on orbit, without a doubt, and I think it’s actually a shame and somewhat embarrassing that anybody is wasting any time talking about something that the crew was involved in,” Feustel said Sept. 11 in a space-to-ground interview with ABC News.

Rogozin has since backed off such assertions, but the inquiry into how the hole was drilled remains open.

Nevertheless, officials from Roscosmos and NASA concluded the Soyuz MS-09 spacecraft is safe to bring home Prokopyev, Gerst and Auñón-Chancellor next week.

Scimemi said the hole was discussed in “great detail” at a recent readiness review, where officials approved plans to bring the Soyuz MS-09 spacecraft back to Earth.

“There is no reason to believe this will become unstable at any point,” he said. “Again, this is on the on-orbit module, which is jettisoned. This part does not come back home with the crew, so we believe the risk is very low.”

“They’re not expecting a hole anywhere (on the outside) because the hole is filled … They’re inspecting, is there any other damage out there possibly? The technique that we used, we used a gauze that was stuck in the hole first, and then put an epoxy into that. I think they want to take a look at how far does that epoxy go back out?” Scimemi said Dec. 6

“They’re going to have to remove the thermal insulation. That’s what they’ll be doing. There’s not only insulation, there’s MMOD (micrometeoroid and orbital debris) shielding as well … It’s a big deal,” Scimemi said.

Tuesday’s spacewalk came amid a busy period for the space station, following last week’s arrival of Kononenko’s crew aboard the Soyuz MS-11 spacecraft, and Saturday’s delivery of nearly 3 tons of fresh supplies and experiments on a SpaceX Dragon cargo craft.

The berthing of the Dragon supply ship Saturday added a sixth visiting vehicle to the space station, a list that currently includes the newly-arrived Dragon, a Northrop Grumman Cygnus cargo carrier, two Soyuz crew ships, and a pair of Russian Progress resupply and refueling freighters. 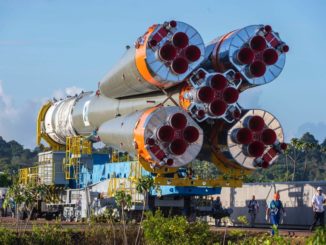 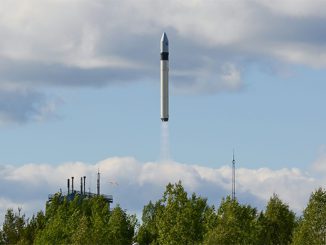 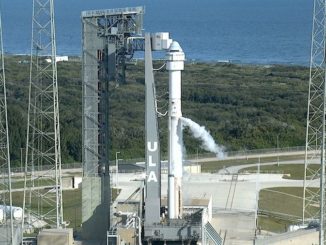