An atmospheric test article of Sierra Nevada Corp.’s Dream Chaser spaceship made a successful runway landing Saturday at Edwards Air Force Base in California after a glide test flight performed to verify the craft’s handling qualities and guidance systems before future resupply missions to the International Space Station.

The unpiloted spacecraft was dropped from a helicopter and landed on Runway 22L at Edwards, the same landing strip that returning space shuttles once used.

Sierra Nevada celebrated the accomplishment on Twitter, releasing four photos of the Dream Chaser’s flight test, which was expected and long planned, but not publicly announced in advance. More information and imagery of the landing will be released Monday, the company said.

SNC is proud to announce the Dream Chaser® spacecraft had a successful free-flight test today @EdwardsAFB, with support of @NASAArmstrong. The Dream Chaser had a beautiful flight and landing! pic.twitter.com/lAn0n7FPsg

Roughly one-quarter the length of a space shuttle orbiter, the Dream Chaser was to be released from a heavy-duty carrier helicopter at an altitude of around 10,000 feet (3,000 meters) for the approach and landing test, Sierra Nevada officials previously said.

The spacecraft was carried aloft under the helicopter connected with a 200-foot (60-meter) lift line, then positioned for the drop. The Dream Chaser’s on-board guidance computer was expected to maneuver the ship with its aerosurfaces, then line up with the runway for a steep final approach.

Two main landing gear wheels and and a nose skid deployed from the bottom the spaceplane just before touchdown.

Sierra Nevada is developing the Dream Chaser in partnership with NASA to carry cargo and experiments to the space station. It will launch on top of a rocket and land on a runway, returning equipment and experiment specimens to the ground for quick handover to engineers and scientists.

Based on NASA’s HL-20 lifting body design and originally proposed to ferry astronauts, the Dream Chaser has morphed into an automated supply ship. The Dream Chaser was a finalist for NASA’s commercial crew program alongside capsule designs developed by Boeing and SpaceX, receiving more than $360 million in government funding guarantees to support design and testing efforts.

But NASA selected Boeing and SpaceX to complete their crew capsules after a competition in 2014, leaving Sierra Nevada’s Dream Chaser with an uncertain future. But Sierra Nevada engineers redesigned the spaceplane for cargo missions and won a lucrative NASA contract in January 2016 for at least six round-trip flights to and from the space station.

The first orbital flight of the Dream Chaser is scheduled around 2020, lifting off aboard a United Launch Alliance Atlas 5 rocket from Cape Canaveral, and likely returning to touch down at the Shuttle Landing Facility runway at NASA’s Kennedy Space Center in Florida.

Sierra Nevada is contributing its own funding to the Dream Chaser program and is in charge of development testing. The financial terms of NASA’s resupply contract have not been disclosed, but the deal’s value is believed to be more than $1 billion.

The successful touchdown Saturday came more than four years after the same Dream Chaser test vehicle crash-landed on its first approach and landing demonstration. The ship’s left main landing gear did not extend before it reached the runway, and the Dream Chaser lost control and skidded to a stop.

Sierra Nevada said the 2013 flight was successful until that point, and Dream Chaser’s autopilot landing system steered the craft toward the runway for a touchdown on the centerline.

Engineers blamed the mishap on a landing gear borrowed from a U.S. Air Force F-5E jet. Future Dream Chaser cargo missions to the space station will fly with a different landing gear, and the refurbished spaceship that flew Saturday carried a landing gear more advanced then the one at fault in 2013.

Engineers also upgraded the ship’s computer systems to be more like the orbital version of the Dream Chaser.

Ground teams transported the damaged vehicle back to Sierra Nevada’s space division headquarters in Louisville, Colorado, for repairs and upgrades. The craft returned to the Mojave Desert test site in California in January for a series of tow tests and captive carry aerial flights under a helicopter to check its braking and steering capabilities, radio telemetry links, and guidance and navigation equipment before officials committed to a free flight.

Sierra Nevada is set to receive a multimillion-dollar award payment from NASA after the successful approach and landing test.

Company officials said the test vehicle that flew Saturday featured space-rated avionics and flight software that will be used on Dream Chaser missions to the space station. Lockheed Martin has partnered with Sierra Nevada to produce the composite structural shell for orbital-class Dream Chaser vehicles.

The Dream Chaser is capable of delivering more than 12,000 pounds (5,500 kilograms) of equipment to the space station inside its pressurized compartment and on an external aft-mounted payload carrier. At the end of each flight, the two parts will detach, with the Dream Chaser space plane returning to Earth with research specimens and other gear, and the disposable cargo module burning up in the atmosphere to incinerate trash.

Based on a lifting body aerodynamic design, the Dream Chaser will weigh about 20 tons fully loaded, likely requiring the lift capability of ULA’s most powerful Atlas 5 configuration, the “552” with five strap-on solid rocket boosters and a twin-engine Centaur upper stage, according to Sierra Nevada officials.

Sierra Nevada also has agreements with the European Space Agency to study the use of Dream Chaser to provide access to space for European research experiments after the end of the space station program in the 2020s. The United Nations agreed last year to purchase a standalone unpiloted Dream Chaser mission to Earth orbit in 2021 to host research payloads from developing nations. 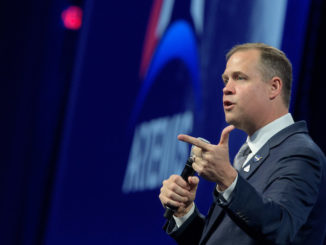 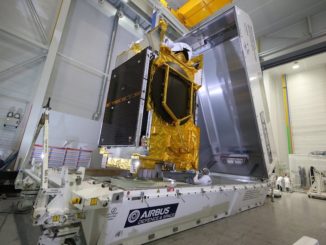 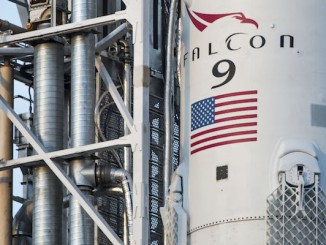