The distant pictures, taken from a range of more than 300,000 miles (500,000 kilometers), were recorded Sunday as Saturn’s gravity tugged NASA’s Cassini spacecraft toward its third pass between the planet’s atmosphere and rings.

Cassini crossed Saturn’s ring plane at 0613 GMT (2:13 a.m. EDT) Tuesday, passing about 1,680 miles (2,710 kilometers) from the upper fringes of the planet’s hydrogen-helium atmosphere. That is the closest Cassini has come to Saturn to date, but future flybys will swing even closer to the planet’s cloud tops.

NASA confirmed Cassini weathered the trip through the ring gap as expected. Tuesday’s encounter was the first time the spacecraft stayed in contact with Earth during a ring gap passage.

Titan’s seasons change as Saturn orbits the sun every 29 years, exposing the moon’s northern and southern hemispheres to more sunlight along the way, driving the moon’s weather patterns and moisture cycles.

“These are some of the most intensely bright clouds Cassini has observed on Titan, likely due to high-cloud tops,” NASA officials wrote in a release accompanying the images. “This activity also represents the most extensive cloud outburst on Titan since clouds reappeared at northern mid-latitudes in early 2016.”

The images show a belt of “dunelands” near Titan’s equator, and pockmarked features near the top of one of the pictures are seas of methane and ethane.

Cassini made its 127th and last close flyby of Titan on April 22, but the orbiter will continue long-distance observations as it circles Saturn in the final months of its mission. The spacecraft gathered radar data on the moon’s terrain and hydrocarbon lakes during the April 22 swingby.

Titan’s surface temperature is a frigid minus 292 degrees Fahrenheit (minus 180 degrees Celsius), much too cold for liquid water. But Titan, the only moon in the solar system with a dense atmosphere, experiences day/night cycles and seasons remarkably similar to Earth, with fluctuations in rainfall, cloud patterns and temperatures.

After looking at Titan on the inbound leg of its most recent orbit, Cassini’s radio instrument focused on gravity field measurements to study Saturn’s interior and rings as the craft sailed through the ring gap Tuesday.

Cassini will make 19 more flights inside Saturn’s rings, with the next ring crossing set for May 15. Running low on fuel, the mission will end Sept. 15 with a destructive dive into Saturn’s atmosphere. 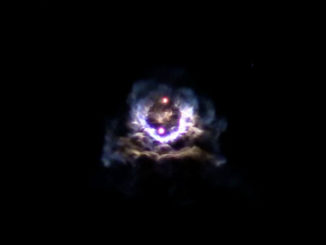 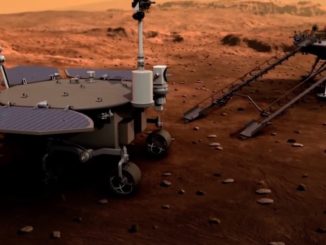 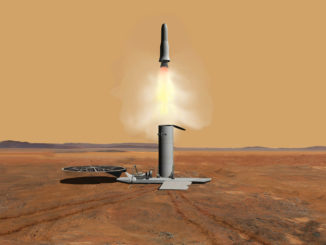