The U.S. Air Force announced Tuesday that SpaceX is now eligible to compete for launches of U.S. national security satellites, closing a tumultuous chapter in the U.S. rocket industry and ending the Pentagon’s sole reliance on United Launch Alliance to haul military payloads into orbit.

The Air Force’s certification of the Falcon 9 rocket gives SpaceX access to approximately one-third of the U.S. national security launch market forecast to be worth $70 billion through 2030, according to an estimate by the U.S. Government Accountability Office.

SpaceX’s more powerful Falcon Heavy rocket, which is set to fly its first test mission as soon as this year, is required to send up the military’s heavier satellites. The Falcon Heavy will be subjected to its own certification reviews after achieving three successful flights.

“This is a very important milestone for the Air Force and the Department of Defense,” said Deborah James, secretary of the Air Force. “SpaceX’s emergence as a viable commercial launch provider provides the opportunity to compete launch services for the first time in almost a decade. Ultimately, leveraging of the commercial space market drives down cost to the American taxpayer and improves our military’s resiliency.”

Lt. Gen. Samuel Greaves, commander of the Space and Missile Systems Center in Los Angeles, approved the certification of the Falcon 9 rocket, according to an Air Force press release.

ULA’s Atlas 5 and Delta 4 rockets have shared responsibility for launching the most critical U.S. military and intelligence spacecraft for a decade, since the retirement of Lockheed Martin’s Titan 4 rocket.

The Pentagon endorsed the merger, saying it was required to ensure the survival of two launch vehicles capable of launching Defense Department payloads after the U.S. share of the global commercial launch market withered. The military is required by law to maintain two rockets to send up satellites in case one launcher is grounded due to a failure or another serious problem.

“The SpaceX and SMC teams have worked hard to achieve certification,” Greaves in a statement. “And we’re also maintaining our spaceflight worthiness process supporting the National Security Space missions. Our intent is to promote the viability of multiple EELV-class launch providers as soon as feasible.”

SpaceX and the Air Force started the certification process in June 2013.

SpaceX filed a lawsuit against the Air Force in April 2014 after the Pentagon awarded a sole-source $11 billion contract to ULA for 36 Atlas and Delta rocket cores. The hardware will cover 28 launches.

The Air Force claimed the bulk purchase of launches from ULA saved the service more than $4 billion compared to cost projections from 2012. SpaceX says it can save the Air Force even more money by launching its satellites at less cost than ULA.

SpaceX and the Air Force settled the lawsuit in January, keeping the ULA block buy intact as the military targeted completion of the certification process by June.

The Air Force modified its certification framework with SpaceX in April to permit the Falcon 9 rocket to compete for military launches without completing all the milestones outlined in the 2013 agreement. The military said SpaceX would pass the certification review based on the company’s proven flight history, which includes 13 consecutive successful launches of the Falcon 9 v1.1 booster.

The first satellite up for competition between ULA and SpaceX is a next-generation GPS 3 navigation spacecraft. The Air Force plans to release a request for proposals for the launch in June, according to a press release issued Tuesday.

“This is an important step toward bringing competition to national security space launch,” said Elon Musk, SpaceX’s founder and CEO. “We thank the Air Force for its confidence in us and look forward to serving it well.” 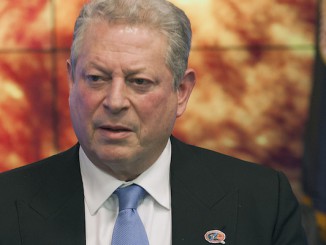 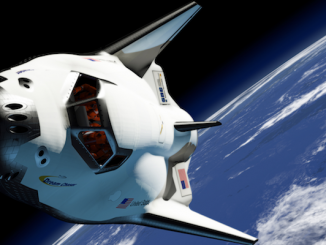