Scientists hope private backers will kick-start a mission to land a robotic probe on the South Pole of the moon within the next 10 years, drill deep into lunar bedrock and analyze primordial core samples to study the origins of the solar system, officials announced Wednesday.

A team of British researchers and industry unveiled plans for the mission Wednesday, asking the public to contribute money through the online crowd-sourcing platform Kickstarter to move the project into the next phase.

The objective of the Lunar Mission One project is to build and launch a spacecraft to land on the moon by 2024.

“Scientific exploration has always been based on innovation and ambition,” said Ian Taylor, the UK’s former minister for science, technology and space, and chairman of Lunar Missions Ltd., the company formed to oversee the moon lander program.

“Lunar Mission One exemplifies this — not only in what it will seek to discover, but in reaching out to the wider public for involvement in and financing the project,” Taylor said. “Ultimately, Lunar Mission One could become an exciting template for galvanising additional resources to explore the Moon and beyond.”

Officials set a deadline of Dec. 17 to raise £600,000 — or about $950,000 — to pay for the project to move forward. The next steps for Lunar Mission One include detailed risk assessments, procurement planning, and the formation of management teams.

You can contribute to the mission here.

Officials said they will pursue commercial sponsorships, funding from public agencies and other donors to pay for construction of the spacecraft and a rocket to launch it.

The mission would drill at least 20 meters — about 65 feet — beneath the lunar surface, and potentially five times deeper. The drill would pull out underground rock samples for analysis by on-board scientific instruments, examining materials that could yield clues on the origin and evolution of the Earth and moon.

Lunar Mission One would fly to the moon with a time capsule to be buried in the borehole. Officials said the time capsule would carry a “digital memory box” for the mission’s financial supporters to send a message, photos, music, videos and their DNA — in the form of a strand of hair — to the moon.

A public archive in the time capsule would contain “a comprehensive record of both the history and civilization of humankind and the biosphere of the Earth which will be compiled by a number of different institutions across the globe,” Lunar Missions Ltd. said in a press kit accompanying Wednesday’s announcement.

“Governments are finding it increasingly difficult to fund space exploration that is solely for the advancement of human knowledge and understanding as opposed to commercial return,” said David Iron, founder of Lunar Missions Ltd. “The world class team of advisors and supporters we have assembled will address this issue and crucially, anyone from around the world can get involved for as little as a few pounds.”

Partners supporting Lunar Mission One include RAL Space — based at the UK’s Rutherford Appleton Laboratory — University College London, Open University and the Institute of Education.

Surplus funds from the project will go into a non-profit charitable trust to support space science and exploration, officials said.

“Lunar Mission One will make a huge contribution to our understanding of the origins of our planet and the moon and will inspire a generation to learn more about space, science and engineering — in the same way that my generation was inspired by the Apollo moon landings,” Iron said. 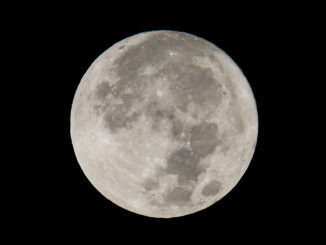 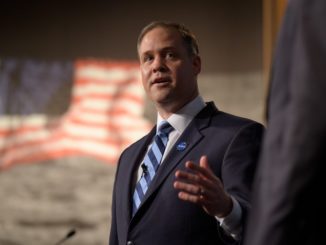